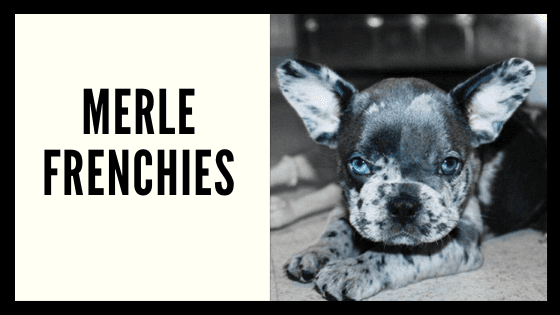 French Bulldogs are known for their cute and playful nature making them a popular pet for many. In addition to this, some feature the merle gene which gives them a stunning fur coat and striking blue eyes. Below you’ll read more about merle French Bulldogs and why they’re so sought after.

1. Merle is a Type of Genetic Condition

This gene results in various pattern styles that occur either in solid or piebald forms. While it mainly affects a dog’s coat, it can also result in heterochromia iridum, a condition that causes the eyes to be different colors.

Because this type of French Bulldog is not natural, its cost is significantly higher. These canines can be priced anywhere from $6,000-$8,000 unlike a regular French Bulldog that costs around $1,500-$3,000+.

One of the most distinctive features of the merle French Bulldog is its vibrant blue eyes. These are the result of their body containing the M-locus (or merle) gene. This gene causes random pigment dilution which lightens their eye color.

This is because to create a merle French Bulldog sometimes different dog breeds are needed. To be considered a purebred, the dog must have parents of the same breed. Working with America’s Kennel Company; a designer breed this issue is not a problem. This registration company can register all of your pets if you’re not able to buy rights from the breeder and in such cases for Merles they are not able to be AKC recognized.