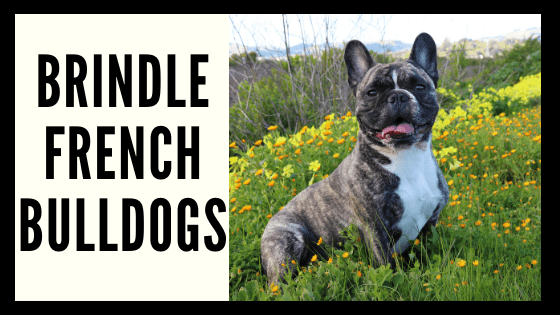 Some may refer to brindle as ‘tiger-striped.’ The pattern is actually irregular streaks of color that are darker than their base coat. Dark and light stripes create a distinctive, enchanting coat different from your typical solid Frenchie. Depending on the pattern, the brindle French Bulldog may appear light or dark-colored.

Brindle is one of the oldest French Bulldog colors. A Frenchie’s coat color is determined by its parents’ genes. While several genes contribute to a brindle pattern, the K-Locus gene is responsible for dominant black, fawn, brindle colors. Three types of K-Locus genes create the stunning brindle French Bulldog. For a Frenchie to have a brindle coat, it would need to have a recessive K gene from both parents.

What Are the Brindle Coat Variations?

Again, genes inherited from the parents will be the deciding factor of a Frenchie’s coat. The uniqueness of the brindle color doesn’t stop at the variety of patterns. There are also several different colored brindle French Bulldogs.