Frenchie vs Boston Terrier: What is the difference? 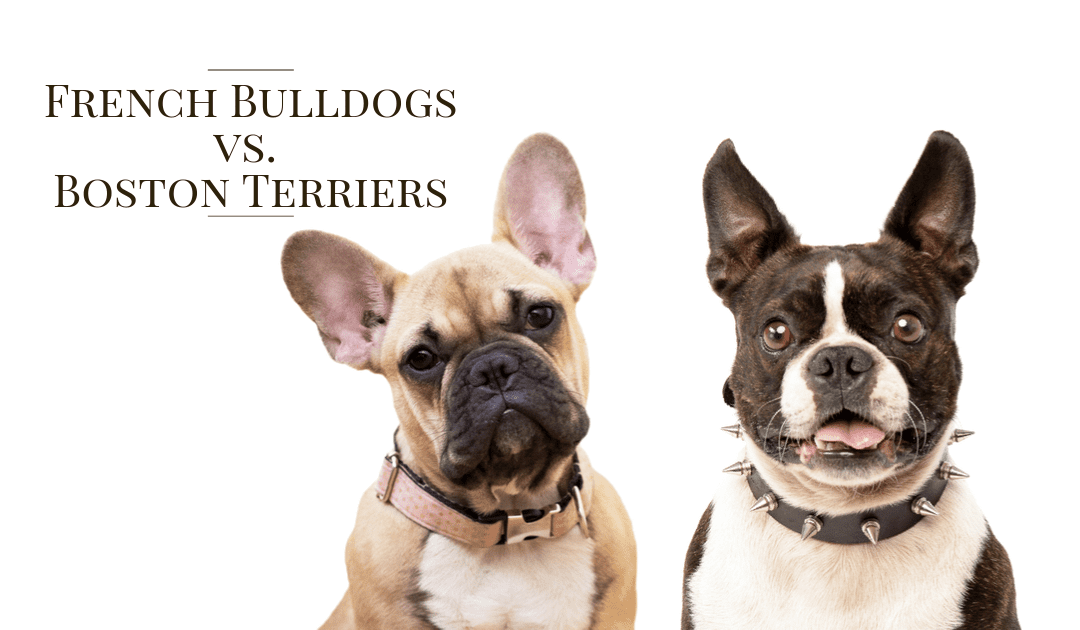 French Bulldogs and Boston terriers are often confused for one another. I get the occasional “your pug is so cute” which I will never understand, but there are some key differences in these breeds! Where they come from, their appearance, and their coats.

Boston Terriers and French Bulldogs are both small dogs and similar in size. Frenchies have a muscular build and a larger bone structure, while Boston Terriers are the more leggy of the two breeds. Their longer legs give them a slight edge over their Frenchie cousins at approximately 36-41cm tall and weigh 7-13kg, while a French Bulldog’s stocky frame has them weighing in at 8-15kg and 30-33cm tall.

Boston Terriers are known as the American Gentleman for their tuxedo-style markings in brindle, seal or black with white. Frenchies come in a variety of colours like brindle, cream, fawn, blue, and white!

Their ears also differ. A Frenchie is known for their larger than life “bat ears” while a Boston Terriers are typically more pointed and less open.

Both of these adorable creatures do share many similarities, but are still very different. They are somewhat related but at the end of the day a short and stout French Bulldog will always be totally different from a leggy Boston Terrier.